Refusing dangerous work: What you need to know 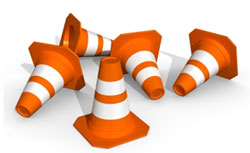 A must read post from moneyville.ca blogger Sheryl Smolkin about your right to refuse unsafe work in Ontario. Also, be sure to check out your union's online health & safety and WSIB resources.

You recently got a new job and things have been going really well. Yesterday your boss asked you to use a piece of heavy equipment for which you have no training. You are worried about your safety and the safety of others on the job site, but you are afraid of losing your job.  What can you do?

An employee can’t be disciplined for refusing work based on reasonable safety concerns. Doing so is considered a reprisal and is banned by recently strengthened Ontario Occupational Health & Safety laws. But as with all legislation, the devil is in the details.

Here is an edited version of ten frequently asked questions and answers about when you can refuse unsafe work written by lawyer Glenn Demby for HRInsider.ca. Q: Who can initiate a refusal to work? A: Any worker—full- or part-time, temporary or permanent, new or experienced, with a reasonable fear for safety can initiate a work refusal. However, refusal rights don’t apply where danger is a normal part of the job. So for example, firemen can’t refuse to respond to a fire out of fear that they’ll be burned. Workers also can’t refuse work if the refusal puts others in danger. Q:  When can I refuse unsafe work? A: The general rule is that you must have “reasonable” grounds or cause to believe that the work or equipment poses an undue or unusual hazard or danger to yourself or others. Q:  When will my fears be considered valid? A: Your fears must be sincere and reasonable. It can’t be a pretext to get out of an unpleasant task or to avoid working with a disliked co-worker and it has to be something that an average worker with the same training and experience would consider an unacceptable hazard.A refusal may be considered reasonable even if your fear is based on a condition or circumstance unique to you. For example, a Quebec court found an abnormally tall trucker had the right to refuse to drive an armoured truck that for a normal-sized person would be fine but which didn't allow a person of his height to reach the controls Q: Is fear of violence grounds for a work refusal? A: Absolutely, as long as your fears are reasonable. For example, a mail carrier was justified in refusing to deliver mail to the home of a violent resident who had thrown things at him before. But it wasn’t reasonable for Air Canada flight attendants to refuse to fly to Israel because they feared terrorism. But the case would have gone the other way if they had been threatened personally Q:  Are uncomfortable conditions grounds for refusal? A: Refusals apply to unsafe, not unpleasant or uncomfortable work. In the real world, though, many cases turn on whether the complained of condition was a real health/safety issue or just something uncomfortable. For example, a federal arbitrator ruled that a railroad cook could refuse to work in a poorly ventilated kitchen that was not air-conditioned in the summer because his health was at risk Q:  What should my employer do if I refuse unsafe work? A: Your employer must investigate your refusal in all cases. Q:  What role does the government play in refusals? A:  If after your refusal is investigated you are not satisfied with your employer’s response, your employer must notify the Ontario Ministry of Labour and an inspector will likely be sent to investigate the refusal. If you believe you have been penalized by your employer because you exercised the right to refuse dangerous work, you can file a complaint with the Ontario Labour Relations Board . Q:  Can I be reassigned during a work refusal? A: Yes, you generally can be reassigned to another job until the refusal is resolved as long as you are reasonably capable of doing the job and don’t lose pay or other benefits if that reassignment is to a job that normally pays less. Q:  Will I be paid during a work refusal? A: Most  jurisdictions including Ontario require employers to pay worker while the refusal is investigated. However, in some cases, you may have to repay those wages if the refusal is found frivolous. Q:  Can somebody else be asked to do the work refused? A: That’s a risky thing for an employer to do because if the refusal is valid, the replacement worker will be exposed to the same hazard.