Local 1000A Helps Women and Children at Local Area Shelter 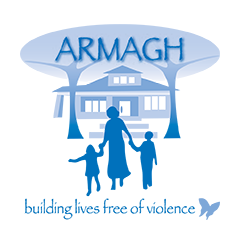 The local union is making a difference in the lives of women and children at Armagh House, a local area shelter, by supporting them as they seek to break away from a cycle of violence, said Local 1000A steward Ilija Dimeski.

Dimeski, who works at Cineplex Courtney Park in Mississauga, sought support from his union during the holiday season for the shelter where he servers as Treasurer.

In response, the local union and staff, donated funds, clothing, toys and household items to help families living at the shelter, so they would be able to enjoy the holiday season.

“The union’s support for families at Armagh House during the holiday season was a truly noble act and it will go a long way in helping women and children build a new life that is free from violence and abuse,” said Dimeski. “Witnessing such love and generosity is a clear demonstration that our union is committed to achieving social justice.”

Local 1000A President Pearl Sawyer said: “We are proud to support these incredible brave and strong women as they seek to build a life for themselves and their children free from domestic violence. Their courage and strength inspires us as we continue to work together to eliminate violence against women.”

Dimeski said Armagh House is the only second-stage housing provider for women and children overcoming domestic violence in Peel Region. The shelter provides safe and affordable housing for up to a year, parenting support, health and wellness programs, therapy and counselling, facilitates income or legal support and much more.

“The work Armagh does is extremely important because women who have accessed these services have indicated that, before coming to Armagh, they had gone back to their abusive partner an average of four or more times due to the lack of affordable housing and ongoing support,” said Dimeski.  “Armagh provides the opportunity for women and their children to be empowered, independent, and free from violence and abuse.”

In addition to supporting Armagh House, Local 1000A takes part in campaigns to help end violence against women, including the White Ribbon campaign, December 6 shoe memorial, #NotOkay campaign and many more.

Join us in helping end violence against women and girls in Canada by spreading the word about the online resource: Sheltersafe.ca. The site has been launched by the Canadian Network of Women’s Shelters and Transition Houses (CNWSTH) to help women who are experiencing abuse and violence.