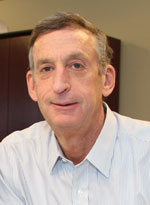 This email address is being protected from spambots. You need JavaScript enabled to view it.
905-850-4590

For more than four decades, Wayne has been an activist and a champion of workers’ rights.

Wayne became a rank-and-file UFCW Canada member and activist in 1976 at an Ontario supermarket.  Over the next eight years he went on to become a steward and a member of his local union’s executive board.  In 1984, after graduating from the University of Toronto with a Bachelor of Science degree, Wayne joined the staff at UFCW Canada Local 175 where over the next six years he served as an organizer, servicing representative, pay equity coordinator and grievance chairperson.In 1990, Wayne became a Regional Director; in 1992 was elected Secretary-Treasurer; and in 1999, was elected President of UFCW Canada Local 175 which under his leadership grew to become North America’s largest single local, with over 47,000 members.

In April 2006, Wayne was elected as National President of UFCW Canada by the UFCW Canada National Council, and an International Executive Vice President and member of the International Executive Committee.  Under Wayne’s direction, UFCW Canada provided strategic orientation and support to local unions across Canada. Under Wayne’s leadership gains were achieved in servicing and training the membership, in growing the union, in reaching out to new diverse Canadians, and in extending the campaign for labour rights and better workplace protections through political and lobbying efforts, as well as through the courts.

In October 2013, Wayne was elected President of UFCW Local 206 and remains on the UFCW International Executive Board as a Vice President. On May 1, 2016, Wayne became the president of UFCW Canada Local 1006A.