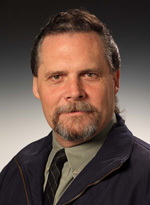 This email address is being protected from spambots. You need JavaScript enabled to view it.
905-850-4584

Kevin has been standing up for workers and their families since the 1970s when he was an active member of the Labourers’ International Union and Plumber & Pipefitters Union.

From those early days, his involvement in the labour movement deepened in the early 1980s as he became a volunteer organizer and later a Special Projects Union Representative with UFCW Canada.In 1983, UFCW International hired Kevin as an Organizing Representative and from the mid to late-1980s, Kevin became an International Representative, serving local unions across the country.

In 1990, Local 1000A hired Kevin as a Staff Representative. Since then, he has served in a variety of positions, including Director of the Industrial Sector from the mid- to late-1990s.

Kevin has extensive experience with negotiations, grievances, arbitration and litigation (with the Ontario Labour Relations Board, Human Rights Commission, and much more). On May 1, 2016, Kevin became the Secretary-Treasurer of UFCW Canada Local 1006A.