BLM: Members Speak Out for Equality

This feature story was orignally published in our Winter 2020 1006Alive magazine.

“We are human beings.”

That’s what union steward Valrie Francis is hoping people understand about Black Lives Matter, a movement for equality, justice and human rights that is growing across North America. 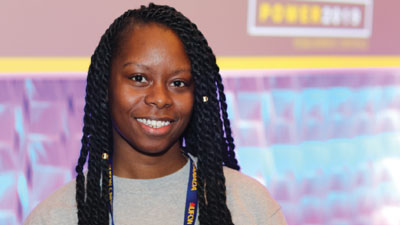 The fact that Valrie needed to remind people of our common humanity also speaks to the tremendous work that still needs to be done to eliminate racism, discrimination and violence against Black people in society as a whole.

Valrie is one of five members who shared with 1006Alive, what Black Lives Matter means to them.

The Black Lives Movement began in 2013 and surged onto the international stage once again this year, in the wake of the murder of George Floyd.

Floyd was brutally murdered by a police officer who knelt on his neck for 8 minutes and 46 seconds, while he called out for his mother and pleaded for help. The callous killing sparked international outrage and spurred massive protests across the U.S and the world, including in cities large and small throughout Canada. This killing, like those of other unarmed Black people before, showed how Black lives are devalued and taken callously, without regard.

Racism in Canada and the United States takes many forms, from barriers to hiring and advancement, to profiling while driving or shopping, to discrimination at work resulting in Black people making less on average than non-racialized workers, to prejudice within the education system, being targeted for hate speech and crimes, and unjust profiling and treatment by law enforcement and the justice system. Black people in Canada and North America face threats to their safety, livelihoods and their very life due to racism and prejudice in a way that many people don’t.

“For far too long, our sisters, brothers and friends in the Black community have suffered against systemic and entrenched discrimination and injustice,” said President Wayne Hanley. “Hate, discrimination and prejudice must come to an end. I want the members from racialized communities to know that we see you, we hear you, your voice matters, your life matters, and we stand with you in this movement for justice and equality.”

Growing up, there were many incidences of being followed by security, receiving different types of treatment in service, being ignored at certain retail stores and having people surprised that a young black woman can be well-spoken.

“It can get overwhelming at times to fight the systemic oppression placed on us and the fact that many choose to believe that racism in Canada does not exist.”

But she is hopeful that there will be change.

“Black Lives Matter means addressing discrimination, racism and systemic oppression in order to be seen as equals,” Valrie said. “As human beings, we all have the same organs in our body and to have melanin does not mean we are not valuable or to be treated less than.” 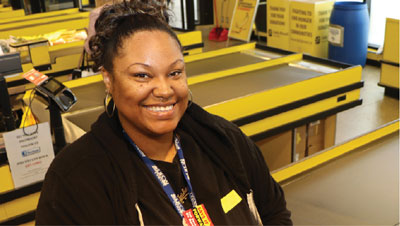 Being black in Canada in 2020 is scary, said Natasha Grey, a union steward and Vice-President on the Local 1006A’s Executive Board.

“I am so cautious on the road,” she said. “I avoid confrontation just because I do not want to be involved with the police and end up dead.”

She still remembers going to school as the only black child in a predominately white classroom. “My experience growing up black in Canada as a kid was hard,” she said. “I did well in school but I got picked on and got called the “N” word. I never understood what it meant but I would run home and cry to my mother when it happened.”

Facing racial profiling has been the reality for many Black Canadians, including Grey and her family.

“There is not a family member, a friend, an acquaintance who doesn’t have a story about being pulled over or being harassed by law enforcement,” she said.

“It’s not because they were doing anything wrong, but rather, they fit a description or just happened to be in the wrong place at the wrong time, or just living life and life is exactly what is snatched out from under you as a result.”

Natasha said the only thing that has changed over the years is social media and the ability to film incidents of injustice. “How many other minorities have been silently oppressed and snuffed out without a witness or without a voice?” 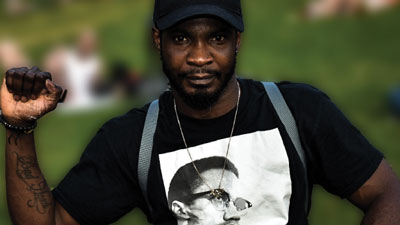 As a front-line union and community activist, Rechev has participated in the Black Lives Matter protests, hoping to create positive change.

“Being black in Canada in 2020 has been stressful,” he said. “The racism and the injustice have always existed. Just this year, it started showing its ugly face again.”

While Browne is still hopeful, so far, he says nothing has changed since the Black Lives Matter protests.

For now, Rechev continues his work to change the world for the better though it is not always easy.

“There are Canadians who understand the history of Canada and see that we are all immigrants unless you are indigenous – they treat everyone with the rights and respect they deserve and you feel a welcome part of society,” he said. “Then, there are those who believe that being Canadian means being white and tell you to go back to your country.” 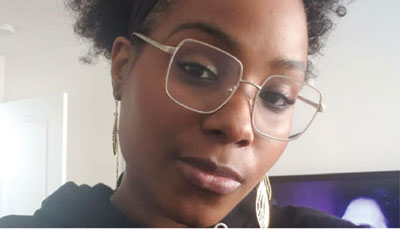 What does it mean to grow up as a young black girl in Canada?

Kallisha Hoyes remembers being told not to use the brown crayon for colouring people and being told to use the peach crayon instead.

Hoyes, the mother of young children, hopes there will be change.

“To me, Black Lives Matter doesn’t mean that people of colour want to be the dominant race – we just want to be treated equally, fairly and like human beings,” she said. “It’s about not being seen as threatening because of our skin tone. We are tired of the senseless the killings and unnecessary and uncalled for interactions or prejudgments because of the colour of our skin.” 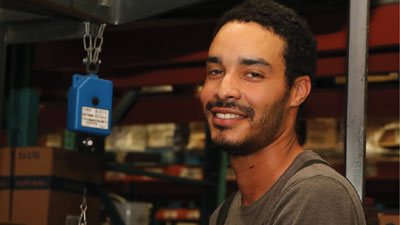 For Joshua Robichaud, growing up in Canada as a Mixed Black Canadian was difficult.

“My biggest experience was learning how to deal with racism from a young age,” said Joshua, a Vice-President on 1006A’s Executive Board. “I never felt accepted by black or white people. To white people, I was just black and to black people, I wasn’t black enough.”

Joshua said the Black Lives Matter movement has brought so much awareness and has made it easier for black people to make their voices heard.

“It is important to examine how racism is embedded in our society because that’s how we’re going to make the everlasting change we need,” he said. “Racism isn’t something that happens overnight so to tackle the problem we need to go to the root. Families need to realize their bias and teach their children about acceptance, equality and respect.”