From workplaces to social media, 1006A activists observed the 16 Days of Activism Against Gender-Based Violence.

The social media campaign took place on Instagram and Facebook and featured the voices of activists and staff.

The goal was to help eliminate gender-based violence against women and children.

Here are some of the images from the social media initiative: 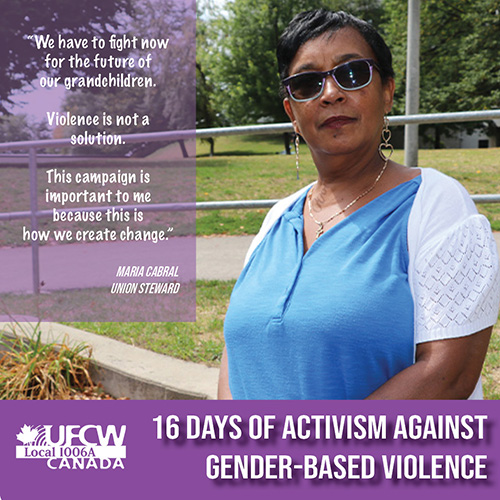 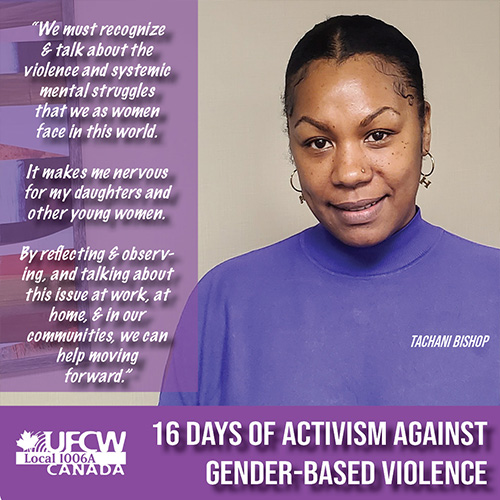 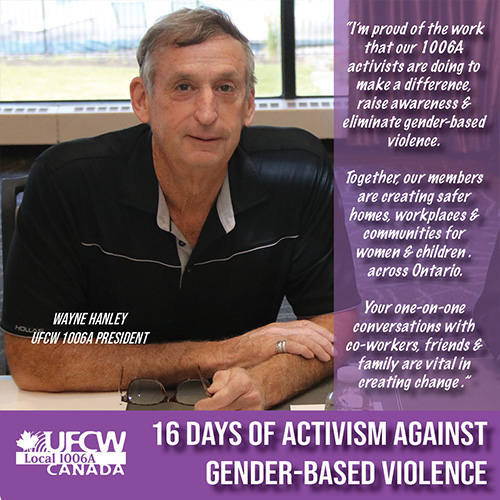 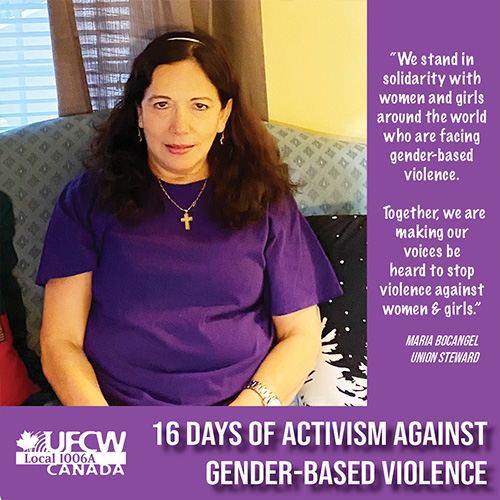 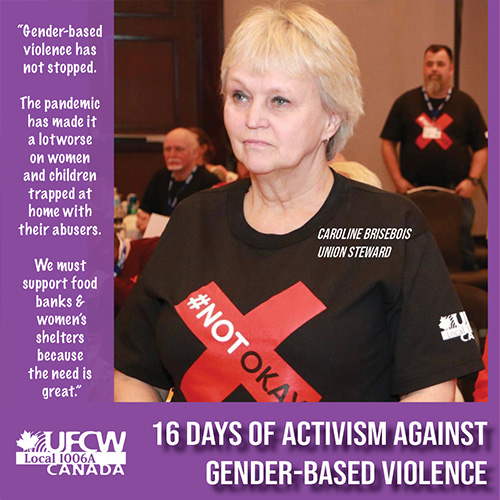 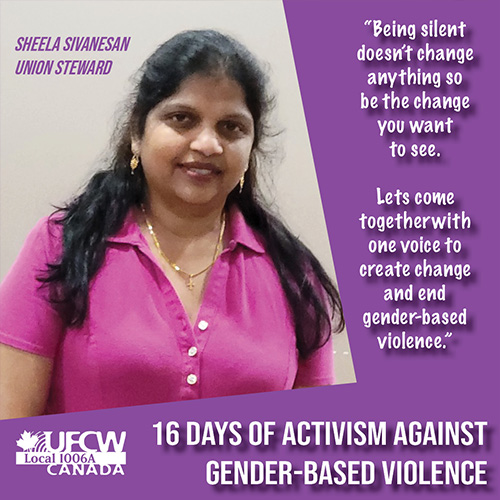 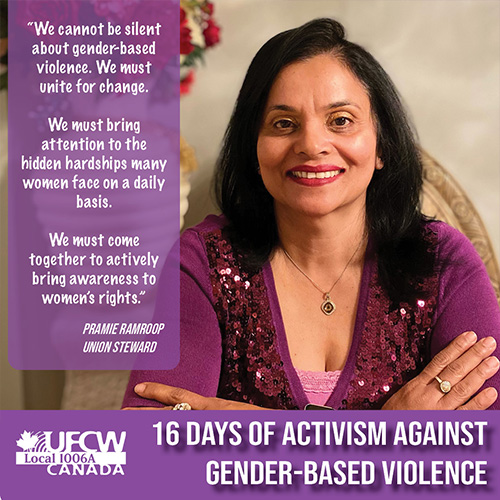 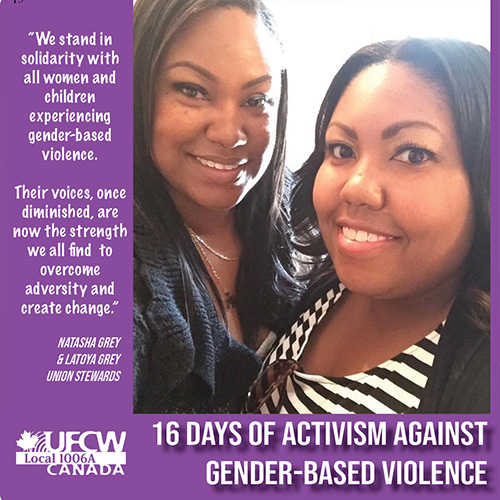 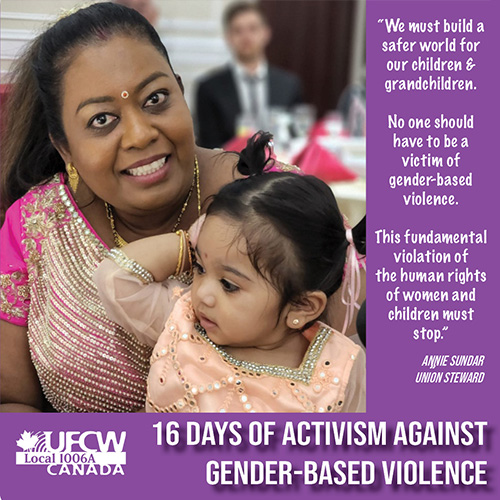 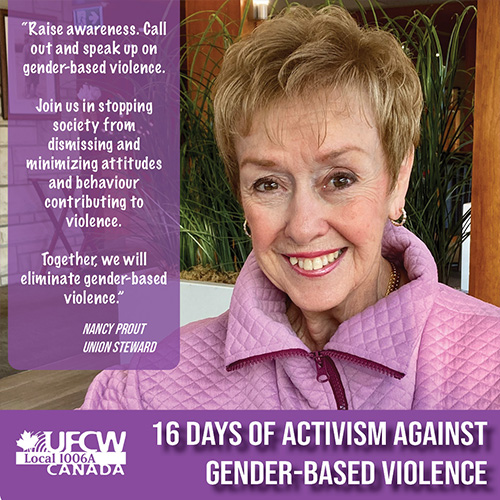